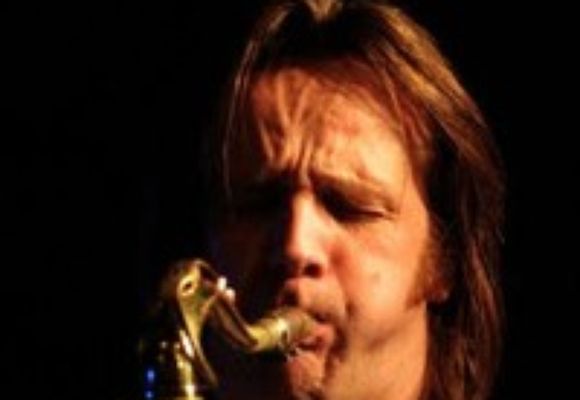 Marc Mommaas (b1969), originally from Amsterdam, comes from an artistic background. His mother is an opera singer/pianist and his father a well known painter in the Dutch art scene. During Marc's study in the Netherlands he combined his musical development with a university education (Masters in Comm.Science/Business). After being awarded with two Dutch grants (Stichting Podium Kunsten, Prins Bernard Fonds & Anjer Fondsen) he moved to New York City (1997).

In New York Marc received a full scholarship from the Manhattan School of Music where he pursued his Masters in Jazz Performance and upon graduating was awarded the William H. Borden Award, given to one student selected from the graduating class for outstanding achievement. He frequently tours Europe, the US and Canada with different formations and tours on a regular basis with his own band Global Motion, making his debut recording as a leader in 1999 named 'Global Motion Trio' including Nikolaj Hess (piano) and John Hebert (bass). In 2001 the acclaimed drummer Tony Moreno (NYC) joined the group.

Global Motion released by Sunny Side records (2003) earned critical praise in Downbeat, Jazztimes, Jazzimprov and All About Jazz. This was followed by another well received SunnySide release named "Balance" (2006), a duo recording including Nikolaj Hess on Piano. A new Global Motion recording was released in the spring of 2008 featuring material written by Nikolaj Hess.

In 2007 Mommaas started an additional group based on the studies done with Tony Moreno and invited Guitarists Nate Radley and Vic Juris to the project. This became the sound of Landmarc, a group consisting of Tenor Saxophone, Drums and Two Guitars resulting in a SunnySide records release named LANDMARC which received high praise by the press in the US and abroad. The music composed by Mommaas includes both structured mixed meter material and more open melodic impressions.

Be ready for a great experience!

"Landmarc is a Breakout recording for Mommaas and Radley."

….just one more fact in Mommaas’ resume that builds to the conclusion that he is one of the

If Marc Mommaas' tenor saxophone may be likened to the human voice, which is certainly the case on Landmarc, then he may be heard to "sing" several parts of an interconnected suite. Although each part has a specific English name, this belies the compound emotions that lie beneath each chart. However, a more rewarding way of listening would be to let the raw emotion of each melody invade the bare senses. A sudden recognition that there is interplay between emotion and the organic natural surroundings will emerge. This is the closest that any Western music—or music played in the Western stream—will come to emulate the melodic development of an Indian raga. If that sounds like a radical suggestion, it is, and Marc Mommaas' music stands up well to this scrutiny.

The saxophonist's effort is deliberate. His horn is really the only instrument other than the guitar and extrapolates from a basic melody in the same way that an Indian raga develops. Each begins with a statement and development of the linear theme, the aalap, which corresponds to the melody. Melodic exchanges between the lead guitarist, Nate Radley, and the others occur frequently during the architectural progress of the song. While the polyrhythmic percussion cannot and does not seek to mimic Indian taals and rhythms, Tony Moreno does an outstanding job of keeping the rhythmic base aligned to the mood and spirit of the piece. Indian ragas often define times of day or moods associated with times of day. In Mommaas' case, his erudition enables him to create a wonderful interplay between characters and their emotions.

"Brush on Canvas" conjures images of painter and model interacting in fading light. And the action is amazingly animated as Radley and Mommaas dance melodically around one another. "Patience" might describe a struggle at the height of the day that goes on deep into the dusk and thus swaggers between two sets of natural surroundings: brightness and graying darkness. "Landmarc" has a rich and perfunctory character, written in teen taal, and played with wild abandon. "Folksong" breaks the mold and is a tender sketch with a decidedly pastoral flavor, beautifully executed with Radley and guitarist Vic Juris playing contrapuntally.

The arpeggios that ripple through the opening of "Orbit" are executed with mathematical accuracy, but Mommaas soon enters the fray, adding a racy slant the melody. "Cassavetes Caravan," with Rez Abbasi's curved harmony on electric sitar, turns into a pensive affair as a film-like series of images unfolds, matching the oddly minor variations and the ensuing stark counterpoint. This album indicates that Mommaas may be on to something wildly edifying. And even if he has not quite "got it," the music could herald the opening of the seventh chakra—the one that signifies illumination of the crown of the head—for Marc Mommaas.