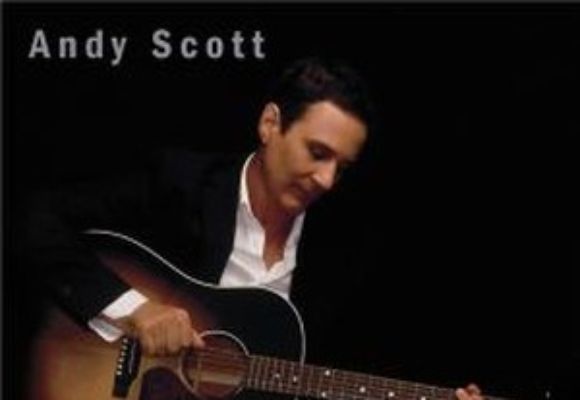 New York City-based artist Andy Scott has turned down the amps of his previous work as Goat and set out on an organic and bluesy swing-tinged palate of warm storytelling on his new album, Dont Tempt Fate, set for an exclusive iTunes release, December 16th, 2008, in stores on January 12, 2009.

With his creative leanings succinctly in place, having achieved commercial success with the feel-good hit Great Life, and albums Twisted Heart and All of My Friends, Andy found himself exploring a majestic jazz- and blues-inspired pop sound. After a couple of stints opening for long-time friend, jazz vocalist Madeleine Peyroux, Andy honed his smooth swagger and started writing and recording Dont Tempt Fate. Tried as he may, Andy couldnt convince Madeleine to produce the record, so he stepped in to perfect the effort himself, while also enlisting the help of Grammy awarding-winning engineer Dave Darlington and Madeleine did contribute vocals, guitar, and ukulele to several tracks.

Madeleine, whose credits include the chart-topping effort Careless Love (2004) and the critically-acclaimed Half the Perfect World (2006), lends her signature vocals to Dont Tempt Fate, a jaunty album opener featuring Andys unruffled sense of cool. As Andy says, Thank goodness for temptation, it keeps things moving!

From the sunny highlights of Rainy Day and Out of the Blue to the sweeping sentimental tones of Lost but Not Forgotten, Andys pristine lyrical imagery is so finely tuned; you believe his aim is true in capturing what it is were all thinking about. A sun-kissed tub-thumping tribute cues Fishin, to Andys fly-fishing days with his father, baseball great Al Rosen.

In addition to issuing Dont Tempt Fate, many of Andys songs have received prominent placements in television (CSI, Aliens in America, Reaper Standoff, and Wildfire) and film (I Know What You Did Last Summer, Super Cop, Return to Sleepaway Camp, Dinner Rush, Waltzing Anna, Approaching Union Square). His version of the Malvina Reynolds folk classic, Little Boxes, has been used as a ringtone for the Showtime series hit, Weeds.