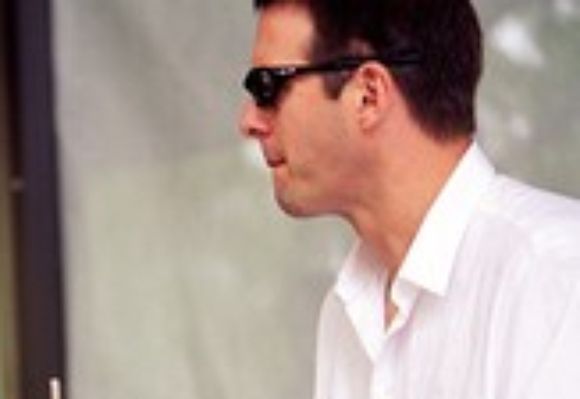 Joe Farnsworth is already regarded as one of the top jazz drummers in the world, but as far as he is concerned, he is just getting started. He is dedicated to the great tradition of jazz drumming as conceived by men like Max Roach, Roy Haynes, Elvin Jones, Billy Higgins and Arthur Taylor and it keeps him in the practice room trying to continue and extend it.

Joe was born on February 21, 1968 in South Hadley, Massachusetts into an unusually musical family. His father was a renowned music teacher who immersed his five sons, and it became clear early on that, Joe as the youngest would choose a career in music and would ultimately be a great success. His eldest brother, John, a renowned trombone and saxophone player, exposed him at the age of 12, to the music of Count Basie, John Coltrain, Charlie Parker and the drumming of Tony Williams which led Joe to seek lessons with Alan Dawson out of Boston.

Ultimately enrolling in William Patterson College in New Jersey, he met and befriended Harold Mabern who introduced him to tenor saxophonist George Coleman. Both Harold and George became major influences on Farnsworth's playing. During this time, Joe also sought out and studied with Art Taylor and became friends with saxophonist Eric Alexander.

After moving to New York City with brother James, a saxophonist for Ray Charles (1992-1999) when he unexpectedly passed away, Joe became the leader on Friday and Saturday nights as the infamous jazz club Augie's (now Smoke) where he would meet and play with Junior Cook, Cecil Payne, John Ore, Big John Patton, Harold Mabern, Eddie Henderson and John Jenkins. Joe's undeniable talent and hard work ethic started to pay off. He began working with Jon Hendriks in 1992 and then with Diana Krall off and on until he became a full member for a year and half from 1999-2000.

Joe Farnsworth is now known as one of the most recorded drummers on the scene, with over 70 cd's behind him, for musicians such as Wynton Marsalis, Cedar Walton, Pharoah Sanders, Eric Alexander and Benny Golson. His first recording as a leader, "Beautiful Friendship" (Crisscross Records) featured pianist Cedar Walton and trumpeteer Eddie Henderson while his second, "It's Prime Time" (88 Records) included special guest artists Ron Carter, Curtis Fuller, Benny Golson and Harold Mabern, Jr.

At 38, Joe has already performed on most of the greatest American and international stages. He appears regularly at New York City clubs like The Village Vanguard (Wynton Marsalis, Cedar Walton), Blue Note (Johnny Griffin, Horace Silver), Birdland (Lou Donaldson), Iridium (George Coleman, Pharoah Sanders) and Jazz at Lincoln Center (Wynton Marsalis). In any given year he is likely to be found backing major artists at the leading jazz clubs and festivals all over the world.

As a straight-ahead jazz musician, Joe has been compared to his idol "...not unlike Max Roach in his ability to combine furious playing with structural cogency, Farnsworth audaciously travels around the set, establishing unifying ideas without interrupting the barrage of strokes..."*

Orthman goes on to describe Joe's career including "...venerable leaders ranging from George Coleman to Benny Golson to Cedar Walton, who frequently call on him to light a fire under their bands. The ability to set all kinds of material in motion, minus fuss and clutter, has also placed him in a coterie of younger, tradition-minded musicians like Eric Alexander (a college classmate during the late 80's), Steve Davis, David Hazeltine and Jim Rotundi, a group of young players that are regulars at Smoke a jazz club in NYC.