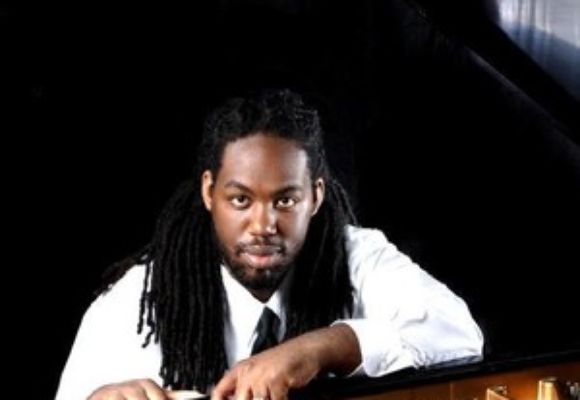 It was at school during Black History Month where Joel heard the musical sound that would change his life, I first heard ragtime at music class. It was like a window opening. With a growing passion, Joel soaked up a steady influence of jazz greats like Oscar Peterson and Art Tatum. After graduating the Baltimore School for the Arts high school, Joel attended the acclaimed Peabody Conservatory of Music at John Hopkins University. He gained popularity with his fellow students playing impressive performances at various festivals and venues.

Joel has studied with Bobby McFerrin, Roy Hargrove, Gary thomas, and a host of other respected musicians. He is currently Jazz Piano professor at The University of Maryland Baltimore county. He is the director of Jazz at the Baltimore School for the Arts highschool. has also taught music and theory at the Rock Junior Academy, and has over 15 private students. A recent Bachelor of Arts graduate from the Peabody Conservatory in Jazz Performance, Joels accolades include a gold medal in the Act-so Competition of the NAACP, a silver medal in the Local and National Levels, an honorable mention in the John Lennon Songwriting Competition, a finalist in the 5th annual Independent Music Awards, a recipient of the Maryland State Arts Council Grant, and an honorable mention in the Vh1 song of the year awards.

Now at 24, Joel composes his own style of music blending an array of traditional and contemporary jazz, gospel, R&B, soul, hip-hop, neo soul, funk, classical and pop. His states, My music is a direct expression of musical influences, spiritual freedom and personal interpretation. In addition, he plays a repertoire of over three hundred well-known tunes He has opened for The Temptations, The Manhattans, Tonex, Regina Bell and Phil Perry. Joel has had the honor of performing at The Kennedy Center, Meyerhoff Symphony Hall, The Litchfield,Hartford and Columbia jazz festivals, aswell as the Morgan State Universitys tribute to Baltimore Legends. The group is currently getting radio airplay at Mosaic Online, a popular online jazz radio station, 88.9, Morgan State University jazz station.

In December of 2005 Joel Holmes released his debut album, Eternal Vision. Because of his increasing popularity, Joel Holmes has been touring extensively throughout the US and Asia. In 2007 Joel Holmes joined the band with the amazing Jazz vocalist Nnenna Freelon. He has toured such places as Taiwan, Singapore, London, Poland, Anguilla, Japan, and Portugal. Joel Holmess new album, African Skies, will be released 7/1/2008. Featuring the legendary Gary Thomas sax and flute, Tim Green sax, amazing Cuban percussionist phenomenon-Melena, and Emerald East String Quartet just to name a few on the new album.