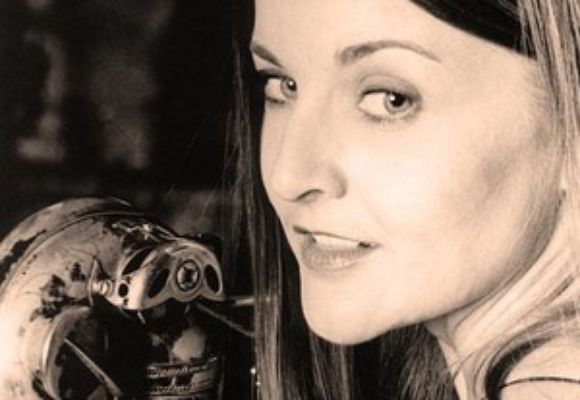 Voted "Top Five Alto Saxophonist" in the 2004 Downbeat Readers' Poll, Karolina has obtained critical acclaim for her phenomenal musicianship since arriving in New York City from her native Austria.

The first female member of the renowned WDR (West German Radio) Big Band based in Cologne, Karolina has been commuting between the USA and Germany, quickly becoming a force on the international jazz scene.

Karolina has been a vital soloist of the Diva Jazz Orchestra and the Five Play Jazz Quintet. While with Diva, she performed with Nancy Wilson, Joe Williams, Diane Schuur and Slide Hampton. She has also been a featured soloist with the New York Pops Orchestra at Carnegie Hall.

Karolina's quartet KLARO! has become the vehicle for developing her style, shaped by an appreciation of the tradition and an appetite for adventure. Her debut CD KLARO! received accolades from reviewers like Nat Hentoff, Dan Morgenstern and Peter Watrous and was chosen "Best Debut Album" by All Music Guide.

Karolina received her Masters degree in jazz performance from the Musikhochschule in Graz, Austria, as well as from the New School for Social Research in New York City.