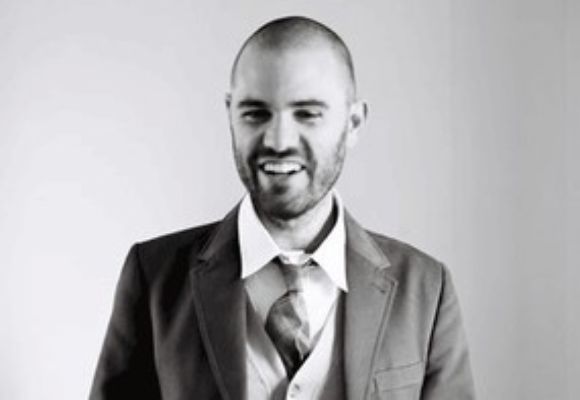 Once upon a time, every home had a piano and every club had a pianist. Songs were plugged and sometimes sung. Anyone who could play a little piano could make a little money, and those who could play a lot of piano could make a little more. And then there were the titans of the piano with names like Jelly, Lion, Fats, Duke, Count, and Art. They were larger than life. They drank their fill and played finger busters long into the night. These were the stride pianists of yore. The people who defined virtuoso in a music called jazz. Jesse Gelber was born in 1974, the same year Duke Ellington passed away. There was no way that he could know these musicians personally, yet his music is imbued with the spirit of the jazz age. Jesse is a stride pianist.

The word Stride literally refers to the left hand accompaniment that strode across the keyboard. Stride pianists used this oom-pah left hand in Ragtime, Dixieland, Society Band, Swing, and Big Band music. Jesse can imitate these different styles of piano, and has done so with jazz revivalists like The Manhattan Ragtime Orchestra and Vince Giordano and the Nighthawks. However, Jesse is a creative post-modern jazz musician whose references to historical styles are more about creating new art than copying old.

In fact, Jesse started his career as a modern jazz player. As a teenager Jesse appeared with such legendary Beboppers as Max Roach, George Russell, Gregory Hutchinson, and Roy Hargrove. He played at the 1992 Monterey Jazz Festival with Jon Faddis. That same year he won the Marvin Wolff Jazz Piano Competition and headlined at Yoshis Night Club in Berkley, CA. It was later while he attended The New England Conservatory of Music that Jesse became interested in stride.

In rebellion to the cookie cutter aspects of music school, Jesse began playing the Boogie Woogie piano styles of Meade Lux Lewis, Albert Ammons, and Pete Johnson. It was from this more soulful approach to music that Jesse returned to jazz and started playing the different styles of stride piano. While in Boston, Jesse found other likeminded musicians and started the band The Swing Doctors. Although the membership and location of the band has changed over the years, the band has been a mainstay of the northeast swing scene for the last decade.

Today, Jesse is more known as a featured artist than a bandleader. He can be seen in New Yorks most famous jazz clubs playing solo or with his trio The Little Tramps. In addition, Jesse is a first call sideman for much of New Yorks traditional jazz scene including: The Traditional Jazz Collective, Michael Arenella and his Dreamland Orchestra, Barbara Rosene, The Three Bad Pennies, Bob Leive and the Wooster Street Trolley Jazz band, Julian Yeo, Arnie Mig Orchestra, and Lew Picardi Orchestra