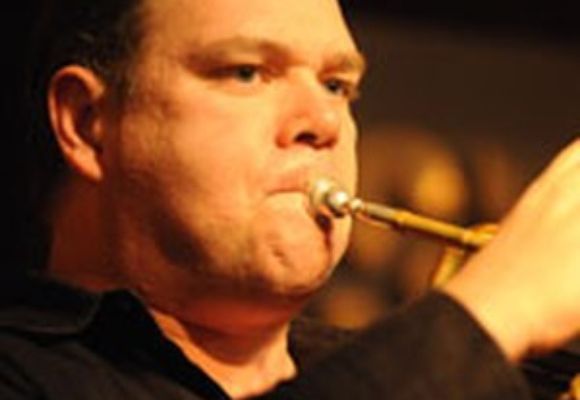 Alex Norris grew up in Columbia, Md. where he began studying music at the age of 9. After graduating high school he received a scholarship to the Peabody Conservatory of Music to study trumpet. He graduated from the Conservatory in 1990.

In 1992, Norris moved to New York City to pursue a career as a jazz trumpeter.. Here, he found work with the Village Vanguard Jazz Orchestra, Toshiko Akiyoshi's Jazz Orchestra, and Maria Schneider's Band. From 1994-1998, Norris was a member of Betty Carter's Jazz Ahead, becoming musical director in 1998; the final year of Carter's life. Norris has also performed and recorded extensively in the bands of Lonnie Plaxico, Jason Lindner, and with Ralph Irizarry's Timbalaye.

Residing in New York City, Norris performs all over the world with his own jazz group and with the Ron Carter's Great Big Band, the Mingus Big Band, Alan Ferber's Big Band, Kyle Eastwood, Helen Sung, Miguel Zenon, Amina Figarova, and many other jazz and Latin jazz artists. He performs regularly at top New York Jazz Clubs such as the Jazz Standard, Smalls, Smoke, Birdland, and the Blue Note. He is also a member of the Jazz Studies Faculty at the Peabody Conservatory of Music.

Alex Norris has one CD released on the Fresh Sounds/New Talent Label entitled Alex Norris Quintet- A New Beginning. His most recent recording, Alex Norris Organ Quartet- Extension Deadline' , will be released in February on Brooklyn Jazz Underground Records. As a sideman, Alex has recorded on over 80 CD's; several of them for labels such as Blue Note, Verve, Impulse, Steeplechase, and Sunnyside.

Alex has several of his Latin jazz compositions published by 3-2 Music in Fresno, CA. Additionally, he has a video masterclass available on www.mymusicmasterclass.com .

Visit his website, www.alexpopenorris.com , to keep up with his various musical endeavors.