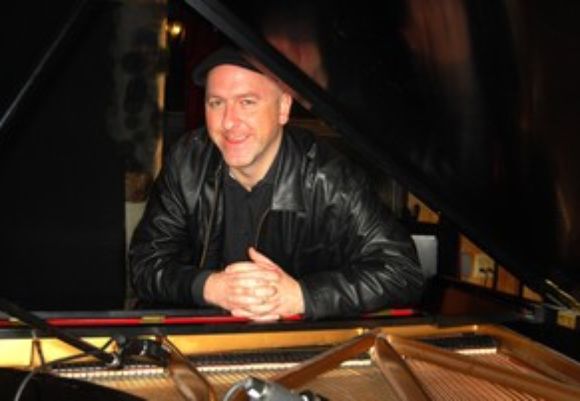 RICK GERMANSON has been a highly in-demand pianist on the New York City Jazz scene for over a decade. A native of Milwaukee, Wisconsin, Rick moved to New York City on the heels of winning the GRAND PRIZE at The American Pianists' Association Jazz Piano Competition in 1996. His accomplishments have garnered much adoration from the media and led to him being chosen as Best of New Talent in 2004 by All About Jazz NYC.

THE RICK GERMANSON TRIO has performed at Smoke, Smalls, The Kitano and Fat Cat in N.Y.C., Blues Alley in D.C., The Indianapolis Jazz Festival and The Artists' Quarter in Minneapolis. Rick has four recordings out as a leader. Two on Fresh Sound New Talent: "HEIGHTS" (FSNT 155, 2003) and "YOU TELL ME" (FSNT 217, 2005). And one on Owl Studios "OFF THE CUFF" (OWL 2009) which reached #15 on the Jazz Radio Play Charts. Both Downbeat and JazzTimes magazines have given Rick's recordings rave reviews. The latest is on SmallsLive "RICK GERMANSON-LIVE AT SMALLS" (SL 0024, 2013) and features Dr. Eddie Henderson and Lewis Nash.

Rick has also been documented on fifty sessions as a sideman with many of the top musicians in jazz today.

Since 2001 to the present, Rick has been touring and recording with The Cannonball Legacy Band featuring Louis Hayes (the original drummer of the Cannonball Adderley Quintet). From 2003-2008 Rick toured with the legendary guitarist Pat Martino. Currently, Rick is also the pianist with guitarist Russell Malone, bassist Kyle Eastwood and with trombonist Papo Vazquez's Pirates Troubadours, among others.

Rick is currently a jazz piano professor at the acclaimed Jackie McLean Institute, The Hartt School of Music at The University of Hartford.