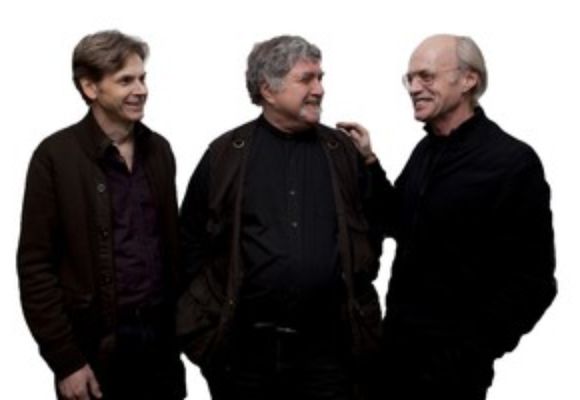 Bebop is nothing new to Hal Galper. Weaned on Red Garland, Wynton Kelly, Jackie Byard, Bill Evans and Sonny Rollins, he has played with many of the be-bop masters. He spent three years on the road with Chet Baker, three with Cannonball Adderley and ten years with the Phil Woods group. His list of credits also includes playing with Johnny Hodges, Roy Eldridge, Slide Hampton, James Moody, Art Blakey and Lee Konitz as well as with Sam Rivers, Donald Byrd, The Bobby Hutcherson-Harold Land Quintet and John Scofield, among others.

Galper's music has always been wide ranging and original. He has played the full scope of his musical heritage from the post-be-bopists to the ultra-modernists. Reviewers have found his music "adventurous, exploratory" (New York Times), " Four Star" (Billboard), "Startling, very exciting indeed" (Record World), and "energy driven and versatile" (Down Beat Magazine).

As a scholarship student at Berklee School of Music in the '50's, Hal first discovered 'the music' while hanging out at Herb Pomeroy's club, The Stables, hearing local Boston musicians like Jackie Byard, Alan Dawson and Sam Rivers. Galper started sitting in and became the house pianist at The Stables and later on, at Connelly's and Lenny's On The Turnpike, Boston clubs of '50'sand '60's vintage.

" For a time, I was a free player. It became obvious that this wasn't in vogue in Boston when my fellow musicians ran off the bandstand holding their ears...so, in 1960, I went to Paris to see what was happening there. I played four gigs in two months and returned to Boston discouraged with music. I didn't play for two years." "

Through the Boston grapevine, Galper learned that Chet Baker was coming to town and looking for a piano player.

Playing with Chet gave Hal's career some firsts... his first road band jazzgig... his first recordings (The Most Important Jazz Album Of 1964-65 and Baby Breeze).. his first playing experience in top circuit, big city clubs...his first residence in New York City. "I learned a lot from Chet about dynamics, restraint, listening and how to play a ballad...but the parting of the ways came when I wanted to play more modern stuff. I couldn't make it New York alone and went back to New England in 1966."

Hal recalled that his first playing experience with Phil Woods came about this time. " I was with the house band at Lenny's in Boston. Phil was the guest soloist and we played a week together. It was love at first beat!"

In 1967, He realized it was time to go back to New York again and was reunited with Woods for a couple of one-nighters. He played short engagements and one-nighters with Donald Byrd, Stan Getz, Chuck Mangione, Joe Henderson and Al Cohn and Zoot Sims and recorded three albums for Mainstream under his own name, The Guerilla Band, Inner Journey and Wild Bird.

In 1973, rumor had it that Cannonball Adderley was looking for a new keyboard player to replace George Duke. Galper's audition was held on the bandstand at the Jazz Workshop in Boston, Playing one set a night for the weekend of Cannonball's engagement. It turned into a highly spirited three year playing stint, performing and touring fifty out of fifty two weeks of each of those years.. Hal wrote tunes and recorded three Quintet albums, Inside Straight, Love, Sex and The Zodiac, and Pyramid for the Quintet. "I'm still absorbing what I learned from Cannonball's band. I loved the high level of rapport and the energy...but I knew after three years that I didn't need the road. The time had come to develop my own musical identity. "He made the difficult decision to leave the Quintet in 1975.

Another major realization was that he had been avoiding the acoustic piano and the responsibilities of it. "I had to go back," he said, "after all, I was an acoustic pianist." As a symbol of his commitment to himself, he wheeled his Fender Rhodes to a dock on the Hudson and threw it into the river, watching the bubbles rise as it sank.

In the next year and a one half, supported by a NEA grant, plans were carefully laid out. Randy and Michael Brecker were in that plan and Wayne Docker and Billy Hart completed the Hal Galper Quintet. A successful debut at Sweet Basil in New York and two records for Steeplechase (Reach Out) and Century (Speak With A Single Voice) brought the band to the attention of New York audiences, major East Coast club owners and the producers of the 1978 BerlinJazz Festival. "This was a very contemporary band. Everyone played with one hundred percent freedom... but after a while," Galper Says," the direction... the concept became only a part of what I wanted to play." He ended the Quintet in 1978, ready to play a more disciplined, melodic kind of music.

Back on the road again as a sideman, Hal toured with Lee Konitz, Nat Adderley, John Scofield and Slide Hampton. Sitting in for a week at the Village Vanguard with The Phil Woods Quartet in September of 1979 led to the inception of Hal's 10 year stint (1980-1990) as pianist-composer-arranger with this award-winning group. "What a Gig," said Galper. "Ten years recording and touring the world, playing acoustic be-bop... a rare and fortunate experience!".

The 10th. year anniversary also marked the Concord Jazz release of Galper's successful trio album, "Portrait"... "after 35 years of playing, mostly as an accompanist and some-time leader, I realized that many people had not heard me play the way I really can play, especially in the trio setting."

Encouraged by the success of "Portrait", Hal left the Woods group in August 1990 to start touring and recording with his new trio with (Steve Ellington on drums and Jeff Johnson on bass.) Say's Galper, " A choice rhythm section that plays with a big beat and is sophisticated enough to go in any direction. We are really developing our own sound and identity and I'm enjoying playing the piano more than I ever have before.". From 1990-1999, Hal's group was on the road six months a year. They recorded four trio albums for Concord, two quartet albums for ENJA (with special guest Jerry Bergonzi) a trio album (Live at Vartan Jazz), another live trio album "Fugue State," a quintet album "Let's Call This That" for Double Time Records. and a live duo recording with Jeff Johnson called "Maybeck Duets on the Philology label

Galper is internationally known as an educator. His theoretical and practical articles have appeared in six of Down Beat Magazines editions and his scholarly article on the Psychology of Stage fright, originally published in the Jazz Educators Journal, has subsequently been reprinted in four other publications. His new book "The Touring Musician, A Small Business Approach to Booking Your Band on the Road (Billboard Books) is fast becoming the last word on the subject. As a founding member of the New School of Jazz and Contemporary Music, where he still teaches, Hal is also on the faculty of Purchase Conservatory. He extensively travels the College lecture-workshop circuit.