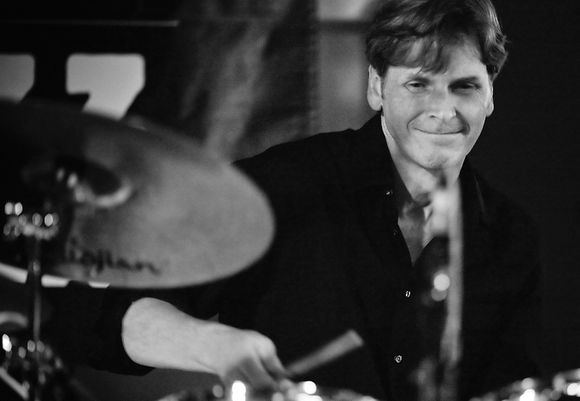 Bishop is a member of New York pianist Hal Galper’s Trio, where over the last 9 years they’ve released 5 albums and toured the U.S., Canada and Europe. Other ongoing projects include Scenes with John Stowell & Jeff Johnson, and the Chad McCullough & Bram Weijters Group, a Belgian/American project.

In 1997, Bishop started the jazz label Origin Records (named Jazzweek’s 2009 “Label Of The Year”) and OriginArts, a graphic design & CD production company. In partnership with his ex-drum student, Matt Jorgensen, they have released over 500 recordings by 300 artists from around the world. In 2002 they added another jazz label, OA2 Records, a classical imprint, Origin Classical in 2008, and in 2003 began Seattle’s annual Ballard Jazz Festival. Bishop has designed over 500 CD packages and multiple book covers, banners, posters, and other graphics for clients around the globe. www.originarts.com