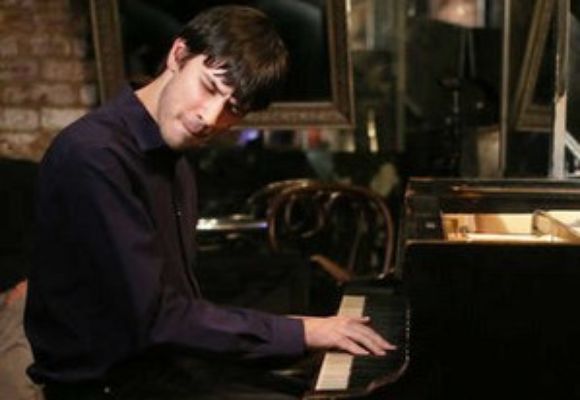 Glenn Zaleski is one of the most in-demand pianists on the New York City jazz scene. Originally from Boylston, MA, Glenn has made a name for himself playing with the likes of Ravi Coltrane, Lage Lund, and Ari Hoenig. His debut album, "My Ideal", was released in March of 2015 on Sunnyside, and has been receiving critical acclaim: Downbeat Magazine named it "sublime", Jazz Times called it, "an engaging set by a talent worth watching," and the New York Times named the record a "strong statement," praising its "fluent but unhurried sense of phrase".

Glenn has also released two popular albums with the collective Stranahan/Zaleski/Rosato:"Limitless" (Capri, 2013), and "Anticipation" (Capri, 2011), as well as a duo record with his brother, saxophonist Mark Zaleski. ("Duet Suite", 2010)In 2011, Glenn was a semi-finalist in the Thelonious Monk International Jazz Piano Competition, as well as a finalist for the 2011 APA Cole Porter Fellowship in Jazz. He attended the Brubeck Institute Fellowship program in Stockton, CA from 2005-2007, and then finished his undergraduate studies at The New School in 2009. From 2009-2011, while working towards his graduate degree at NYU, Glenn was also on NYU faculty, teaching a variety of classes and private students.

"An excellent young pianist notable for both his harmonic insight and his rhythmic composure..." - NY Times

"Glenn Zaleski has a sound." - NPR.org

"A perfect balance of excitement and coherence..." - Jazz Times

"His playing is something to behold..." - Jazz Journal