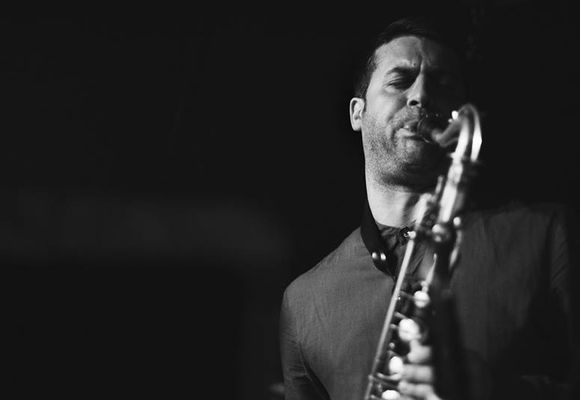 Chet Doxas is quickly becoming one of the most well-respected and sought after saxophonists of his generation. He is best known for his ability to add his unique voice to a wide variety of musical settings and styles.

Raised in Montreal in a musical family, his love of music was fostered by his father, a professional musician/teacher and recording engineer/producer and is older brother and drummer, Jim, with whom he plays regularly.

He has co-led the group, Riverside, with trumpeter, Dave Douglas since their 2014 self-titled release. Their first album is comprised of original music from Doxas and Douglas as well as Jimmy Giuffre, their inspiration for the creation of this quartet. The band also features, Steve Swallow on bass and Chet’s brother, Jim Doxas on drums.

Chet’s other bands include, Rich in Symbols, an ensemble who’s repertoire is informed by his love of the visual arts. The music for this group is composed as Chet stands in front of his favorite works with blank manuscript paper. Later, the music and a projection of the work are presented simultaneously in a live setting.

He is also a member of the brooklyn-based group Landline. The concept of the group is based on an original composition game that is constantly ongoing within the band. The process is similar to the children’s game  “broken-telephone” but in  LandLine’s case, the group uses musical ideas instead of spoken phrases. Each band member composes a musical idea then passes it down the line to the next group member. By the time the process is completed, each member of the group has edited or added  to  the  original  idea as  they saw fit, thus making each piece of music and its interpretation highly collaborative.

Chet has appeared on over one hundred recordings and has released seven albums as a leader and co-leader.  When he is not touring can be found in his Brooklyn recording studio working on his next project or producing for other artists.