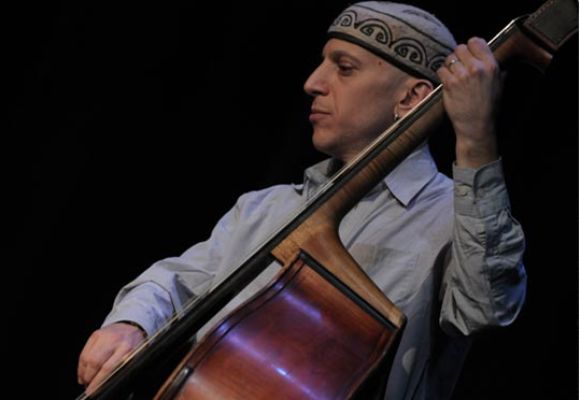 David Ambrosio is one of New York City’s finest freelance musicians and educators for the past 20 years. He is the co-leader of two collaborative bands, Grupo Los Santos and 40Twenty, as well as being a part of many groups including George Schuller’s Circle Wide, the Matt Renzi Trio, Eri Yamamoto Trio and the BMI/New York Jazz Orchestra led by Jim McNeely. He has also performed with such jazz greats as pianist Kenny Werner, Terry Gibbs,  Buddy DeFranco, George Garzone, Joseph Jarmon and Ralph Alessi. David recently released his second recording as leader entitled “MOMENTS IN TIME“ available on the SteepleChase Label.

With degrees in Classical composition and Jazz performance, David has a broad musical palate that has become intensified by some unique travel experiences. In 2001 he had the opportunity to perform in Cuba with Grupo Los Santos, Max Pollack’s Rumbatap and local Afro/Cuban folkloric music and dance ensembles. Soon after that he began what has become an 12-year period of intense study of Afro/Cuban Bata drumming with master drummers Miguel Bernal, Carlos Gomez and Carlos Aldama. He has frequently toured in Central and South East Asia on behalf of the US State Department as a performer and clinician.