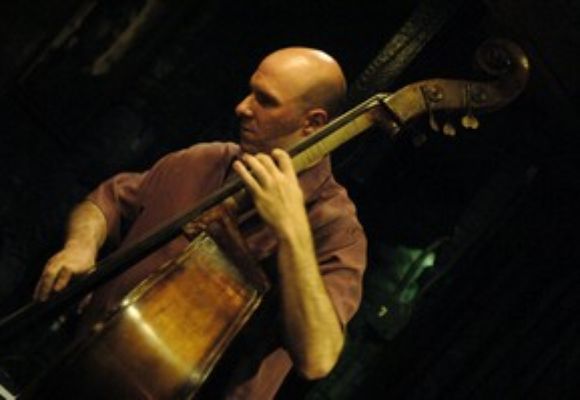 coupled with a formal education in jazz, laid the

foundation for his musicianship. Moving to New York

in May of 1995 helped him consolidate all his

influences into an innovative and exciting playing

also an accomplished and prolific composer, with his

compositions representing a natural extension of his

concepts on the bass: complex yet danceable rhythms,

lyricism and lots of emotional intensity. He

currently can be heard leading his quartet,

Shusmo at venues which include the Knitting Factory,

at the University of Texas at Austin.

2006: Toured in Japan with the Shunzo Ono Quartet

2005: What is Jazz Festival at the Knitting Factory

and The Williamsburg Jazz Festival with Travis

2003: Extensive touring in South Korea with the Hye

2002: The East-West Encounter Festival in Bangalore,

India and the Khala Goda Festival in Mumbai, India