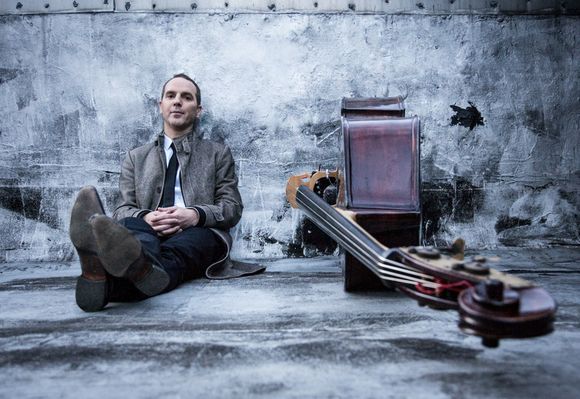 After having established himself as a first-call bass player in France (concerts with Brad Mehldau, Dee Dee Bridgewater, Michel Legrand..) Clovis Nicolas moved to New York in the new millenium. A few years later, he graduated from the Juilliard School of Arts with both Bachelor and Master of Music, having studied under Ron Carter, Ben Wolfe and composer Kendall Briggs.

He is featured on many critically acclaimed recordings, including Belmondo’s “Hymne au Soleil” which won three Jazz Grammy Awards in 2004 and sold more than 20,000 copies. In addition to these, Clovis released his own album, "Nine Stories"  for Sunnyside Records. This recording received great reviews in the international press (JazzNews, JazzHot, Liberation, WRTI, All About Jazz, Jazz Life...) including a selection in the "Best Albums of the Year" by DownBeat Magazine in 2014.

“A formidable walker with a big, resonant sound” - DownBeat Magazine