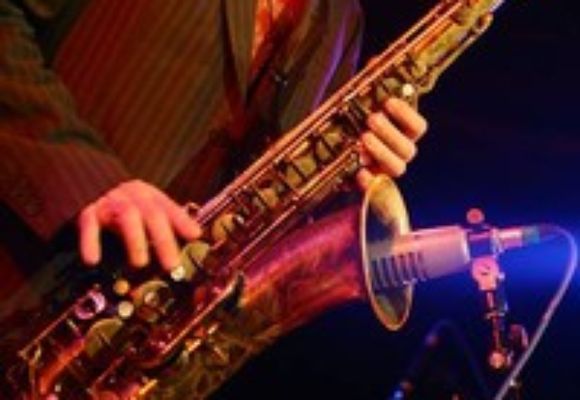 New York based tenor saxophonist/composer SEAMUS BLAKE is recognized as one of the finest exponents of contemporary jazz. His music is known for its sophistication, bold improvisations and sheer swagger". John Scofield, who hired Seamus for his Quiet Band, called him extraordinary, a total saxophonist. Seamus Blakes latest two releases, Bellwether (Criss Cross Jazz 2009) and Live in Italy (Jazz Eyes 2009), have garnered considerable critical praise for his masterful playing, his fine compositional skills and for his facility as a leader. Live in Italy was awarded 4.5 stars in Downbeat. Described as a knockout, one of the elite albums of the year and as exhilarating as a shot of espresso, it is on many Top of the Year lists.

Seamus Blake was born December 1970 in England and raised in Vancouver, Canada. At age 21, while still a student at Boston's prestigious Berklee College, he was asked to record with legendary drummer Victor Lewis. After graduation, he moved to New York, where he rapidly established himself on the New York jazz scene. In February 2002, Seamus took first place in the Thelonious Monk International Jazz Saxophone Competition in Washington D. C. As the winner, he performed with Wayne Shorter and Herbie Hancock.

As a leader, Seamus has released six albums on Criss Cross Records, including his 1993 debut The Call. These include the 1995 premiere of the Bloomdaddies, a funky, alternative grunge jazz band that employed electronic effects. He has also recorded as a leader for the Fresh Sound label ( Stranger Things have Happened), and as a co-leader on Mosh for Lovers (Bloomdaddies, co-leader Chris Cheek), and Fear of Roaming (Sangha Quartet, co-leader pianist Kevin Hays). His band members on these recordings have included David Kikoski, Kurt Rosenwinkel, Larry Grenadier, Bill Stewart, fellow Thelonius Monk winner Lage Lund, Chris Cheek and Jorge Rossy (Brad Mehldau Trio).

Seamus works with a wide variety of artists. A long-standing member of the Grammy nominated Mingus bands, he is featured on six of their albums. He continues to play and record with Bill Stewart, Kevin Hays, David Kikoski and Alex Sipiagin, and is a member of the Victor Lewis Quintet. He is also a member of BANN, led by drummer Adam Nussbaum. Their first recording will be released in 2010 on the Jazz Eyes label. Seamus is frequently featured as a guest artist. In 2010 he was guest of honor at the International Saxophone Symposium in Washington hosted by the US Navy Band. Seamus was a member of John Scofields Quiet Band and toured and recorded with Dave Douglas. Some of the many other artists he has worked with include Eric Reed, Antonio Sanchez, Scott Kinsey, Tal Wilkenfeld, Jane Monheit, Kenny Barron, Sam Yahel, Michael Brecker, Randy Brecker, Wayne Krantz, Ingrid Jensen, Maria Schneider, Mark Turner, Brad Mehldau, Al Foster, Brian Blade, Jeremy Pelt, Jack Dejohnette.

Seamus continues to work with his fine quintet (David Kikoski, Lage Lund, Bill Stewart, Matt Clohesey) and on his ongoing explorations of electronic applications in jazz, especially with the EWI (electronic wind instrument).