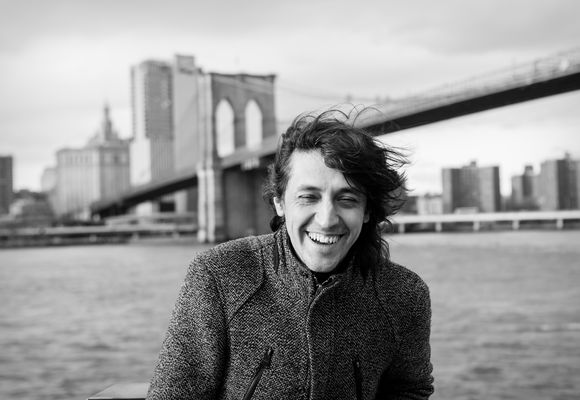 Yukhym (Fima) Chupakhin was born in Krivoy Rog, an industrial city in the Eastern part of Ukraine. He was first exposed to music in the age of 5, when his mother had bought him a small childish piano. Since that time Yukhym fell in love with music and the sound of piano. He was exposed to a classical piano repertoire and choir music when he had entered a music school, and that had significantly influenced his future musical outlook. During the last year in high school Yukhym discovered the world of jazz and had decided to study it along with classical music at the Krivoy Rog Music College. At the college Fima became more confident about his path as a jazz musician, after attending a concert of the famous Ukrainian jazz pianist and composer Segey Davidov. Few years later Davidov became Yukhym's teacher and mentor at the State Kharkiv University of the Arts.

In 2005 Fima Chupakhin started his jazz career, entering the First Moscow International Jazz Piano Competition. In 2007 Chupakhin formed his own jazz project "Acoustic Quartet", with whom he recorded 3 albums of mostly original music. In 2010 "Acoustic Quartet" won the Gran-Prix at the prestigious Jazz Competition for the Young Performers within the frames of Usadba Jazz Festival, Moscow. Since that time "AQ" (acronym for Acoustic Quartet) had become one of the most famous Ukrainian jazz groups on the Post Soviet Union area, and Chupakhin - one of the top-ranked young Ukrainian jazz pianists. In addition, Fima has gained the reputation of being a prolific cross-genre keyboardist, as he had participated in the recording of 14 non-jazz albums. He has also been extensively touring with “AQ", as well as with two famous Ukrainian pop/rock artists in Poland, Germany, Czech Republic, Georgia, Israel, Russia and Belarus.

In 2012, Fima has been awarded the world prestigious Fulbright Scholarship to pursue his studies in the United States of America in 2012-2014. Chupakhin holds two master's degrees in Jazz Studies: one is from William Paterson University of New Jersey and another one is from Kharkiv State University of Arts (Ukraine). Yukhym has been shaping his unique voice At William Paterson University under the leadership of the highly praised pianist James Weidman, and other great musicians, including Armen Donelian, Steve LaSpina, Vincent Herring, Rich Perry and the legendary pianist Mulgrew Miller.

Currently Fima lives and works as a pianist/keyboardist and multimedia composer in New York City.