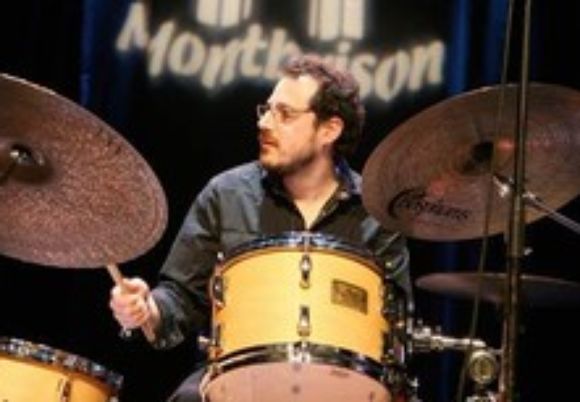 New York drummer/composer Russ Meissner is currently involved with several projects including, Jim Campilongo and Honeyfingers, the Sean Smith Quartet, the Matt Renzi Trio, the Kenny Wessel Group and the JC Sanford Quartet. He also co-leads a group with bassist David Ambrosio and their new album Moments in Time is out on SteepleChase Records. Russ grew up in Toronto Canada and attended William Paterson University in New Jersey where he studied with John Riley and Rufus Ried, graduating with a BA in jazz performance. As a vital part of the New York music scene, Russ has performed with diverse artists including John Abercrombie, Bill Charlap, Norah Jones, Lucy Wainwright Roche and many others. He can be heard on more than thirty albums and has performed throughout the US, Canada, Europe, Israel and Japan.