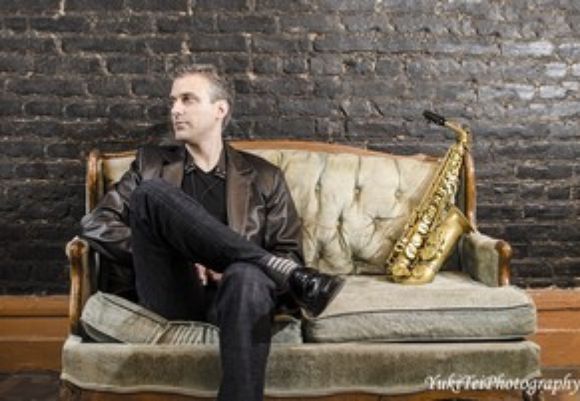 "Something about the sound Mike DiRubbo elicits from the alto saxophone - deep, dark, immense, with a machete edge that denotes a ready-for-anything urban sensibility - immediately grabs the ear.  It’s a sound familiar to the cream of New York’s hardcore jazz community since the mid-'90's" writes Ted Panken.

Today, in an age where media-created young lions are more interested in downloads than down beats, alto saxophonist/composer/bandleader/educator Mike DiRubbo is the real deal. Ever since he arrived in New York two decades ago, DiRubbo has reigned supreme as one of the most durable and dynamic musicians of his generation. That bold statement is augmented by the aural evidence of his work with the brightest jazz stars including Tony Reedus, Larry Willis, Eddie Henderson, Clarence “Gatemouth” Brown, Dwayne Burno, Peter Washington, Carl Allen, John Hicks and Cecil Payne, and as a solo artist, with seven critically-acclaimed CD’s as a leader.

On his instrument DiRubbo has it all: from Benny Carter’s mastery of melody and Johnny Hodges’ ballad mellow tones to Charlie Parker’s light-speed fluency. But what truly sets DiRubbo apart from the rest was his apprenticeship under the legendary alto saxophonist/educator Jackie McLean.

Mike DiRubbo plays Yanagisawa saxophones and is a Vandoren artist.