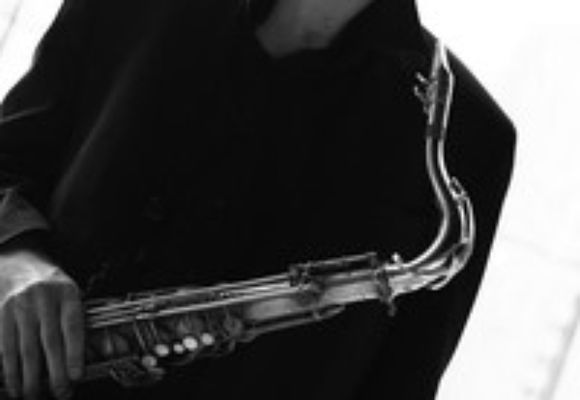 Grammy nominated saxophonist, composer and producer Karel Ruzicka Jr. was born in Prague, Czech Republic, into a very musical family. His mother was a member of the Czech opera and his father, Karel Ruzicka, is a well-known jazz pianist, composer and educator. His first exposure to jazz was from his father's extensive record collection. Karel studied piano and flute from age 5, then went to the Prague Conservatory and the Conservatory of Jaroslav Jezek. Since emigrating to the U.S in 1997, he has studied piano with Barry Harris and Charles Blenzig, saxophone with George Garzone, Rick Margitza and Grammy Award winners Bob Mintzer and Joe Lovano. Karel Jr. began performing professionally at age 16 as co-leader of The Four, at clubs, jazz competitions and festivals in Europe. He was a featured soloist with Big Band Radio Prague and recorded with the prestigious European Broadcasting Union Big Band. Karel Jr. also performed with the Karel Ruzicka Quartet all over Europe and the U.S.A. In 1996 he performed with the Roy Hargrove Quintet on their European tour, plus many other famous performers, including concerts with Wynton Marsalis and members of the Lincoln Center Jazz Orchestra. Karel has won many awards beginning with international jazz competitions in Carlsbad and Prerov, Czech Republic in 1991 and1992. He also won Talent Of The Year in 1993 from the Czech Jazz Society. 1998 saw twin wins for Tenor and Alto Saxophonist of the Year. In the United States Karel Jr. has performed with the Brooklyn Sax Quartet and toured the United States with "Voice of the Dragon, produced, created and led by Fred Ho. In 2005 he toured with the R&B legend Ben. E. King and with the great drummer/composer Jeff "Tain" Watts. He continues to perform and record with such esteemed artists as George Benson, Ravi Coltrane, Roy Hargrove, Ben E. King, Ron Affif, John Benitez, Rodney Jones, Jason Lindner, Gavin Degraw, Joe Locke, Nellie McKay, Jeff Tain Watts, Benny Reitveld, Cindy Blackman, Michael Franks and many others. Karel's debut album as a leader, You Know What I Mean, (Arta Records, 1997) was nominated for the Czech Grammy and was voted Jazz Album of the Year. In 1998, he recorded the Jazz Album Of The Decade, Spring Rolls Quartet, for European label Cube/Métier. His latest recording, "Brooklyn Moods," was released in 2004 and features Bruce Barth on piano, George Mraz on bass and Brandon Lewis on drums. Other prominent albums include a collaboration with trombonist extraordinaire Fred Wesley, of the legendary James Brown Horns, on the Columbia release, "Monkey Business. In 2005 Karel returned to the studio for more Monkey Business, featuring saxophonist David Sanborn, guitarist Hiram Bullock and bassist/vocalist Glen Hughes of Deep Purple.