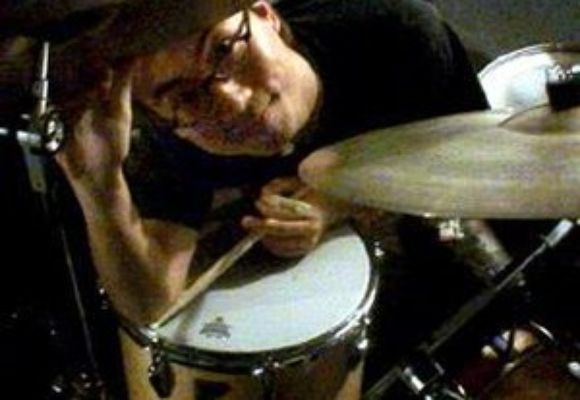 Born in 1973 in Tokyo, drummer/composer Yutaka Uchida studied the basics of music and trained his ears through violin and piano lessons in his early years.

He started playing drums at the age of 16 and took intensive lessons with Norihiko Nara throughout his high school years, during which he was heavily into hard rock, heavy metal and progressive rock from 70's and 80's. He encountered jazz, particularly big band music, as he enrolled in Rikkyo University and joined New Swingin' Herd in 1992. He rapidly absorbed many styles from swing jazz to contemporary fusion and became the concertmaster in his junior year.

The gorgeous sound of big band roused his interest in arrangement and composition, and he decided to explore that route at Berklee College of Music, where he studied with many acclaimed composers such as Ken Pullig, Dick Lowell, Ted Pease and Steve Rochinski. He was awarded Berklee Achievement Scholarship Award in 1998 and 1999 for his course of study. He was also awarded the first annual Louie Bellson Award (established by Avedis Zildjian Co.) in 1999, in recognition of his outstanding performance as a drummer/composer.

Upon graduation he moved to New York and started his professional career. As a versatile and creative drummer, he has performed with numerous artists from different genres at some of the most notable venues in and around New York such as: Blue Note, Sweet Rhythm, Smalls, Joe's Pub, 55 Bar, Shanghai Jazz, Cornelia Street Café, Metropolitan Room, CBGB, CB's 313 Gallery, Knitting Factory, Cutting Room, Bitter End, Crash Mansion, Don Hill's, etc. His weekly appearance with Alan Rosenthal Trio, the hosting band for Sunday Open Mic at Cleopatra's Needle, a long standing jazz club on the Upper Westside, is now widely recognized. Other current projects he is involved with include a high-energy avant-garde jazz group Anti-Elevator Mission, urban pop/rock band Mascot's Distance, Japanese jazz/pop unit Love etc. and many more.

As a composer, he was awarded grants twice from Council on Arts and Humanities for Staten Island (COAHSI) for his original works  Premier Grant in 2005 and Encore Grant in 2006  and successfully held concerts at Greenbelt Nature Center.

His first CD Living Together, released in October 2007, features 10 original compositions of his, displaying his talent not only as a drummer but also as a composer, an arranger, a music director and a producer. It also features some of the finest jazz talents in New York, such as bassist James Cammack from legendary Ahmad Jamal trio; Danny Zanker, the leader/bassist of Anti-Elevator Mission; and pianist George Dulin, the ASCAP Young Composer Award winner.