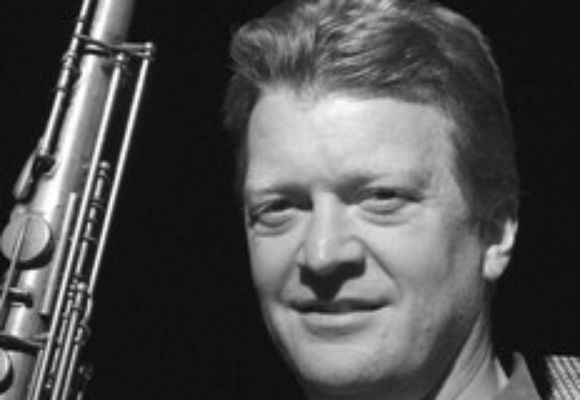 The John Farnsworth & The Fraternal Order Of Jazz

John has performed and toured with a diverse and impressive roster of influential musicians. Even an abbreviated list of his collaborators is evidence of the respect John has gained from some of the greatest musicians from commercial, jazz, and Latin genres. Whether touring with early jazz greats Illinois Jacquet or the Glenn Miller Orchestra, sharing a stage with jazz legends Cecil Payne, Slide Hampton or George Coleman in New York City's historic jazz venues, performing with legendary singer Aretha Franklin at the Radio City Music Hall, or appearing with pop sensations Alicia Keys and Rob Thomas on VH1, John Farnsworth is regarded as one of today's most exciting jazz artists. John received his Bachelor's Degree from Rutgers University and his Master's Degree from the University of Massachusetts.