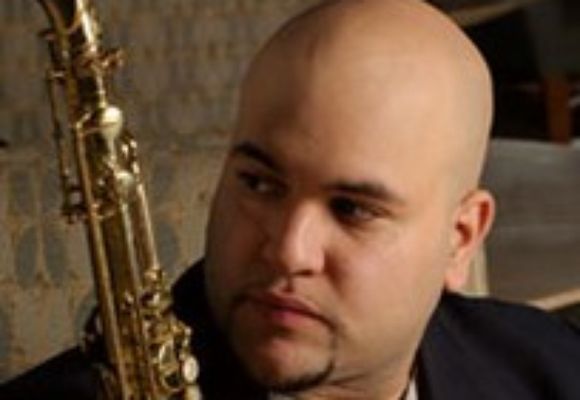 Born in Bronx, NY, Albert Rivera began his career as a classical musician at age ten with the Bronx Borough-wide Concert Band. At 12, he and his band mates were invited to appear at Carnegie Hall. He made three appearances there, the last of which was with the New York Pops. Bitten by the bug of ensemble music, he auditioned for the selective LaGuardia High School program and was accepted. At LaGuardia, he discovered jazz. "When I first heard Charlie Parker and Coltrane, I was speechless," he said. He wanted to join the school jazz band but there was no room for a bass clarinet, so he switched to sax. He was now thoroughly hooked. He and his classmates played at the United Nations, Lincoln Center, the Monterey Jazz Festival, and any and every street festival in New York. At 15, he received a scholarship to Litchfield Jazz Camp in Connecticut. There he had the good fortune to be under the guidance of the outstanding saxophonist Don Braden and have mentors like saxophonist Jimmy Greene and bassist Dave Santoro take an interest in him. He also had the luck to join a class of young people who would, in short order, begin making names for themselves and with whom he would later join forces.

Albert attended the New School University Jazz and Contemporary Music Program, from which he attended from 2001 until 2005 in which he studied with Reggie Workman, Chico Hamilton, Billy Harper, Rachel Z Charlie Persip and others. Since then he has played at venues like New York's Sweet Rhythm, Zinc Bar, Cleopatra's Needle, the River Room of Harlem and Dizzy's Club Coco Cola at Lincoln Center. In 2005, He had the honor of being invited by his mentor and teacher at New School, the renowned pianist Junior Mance, to join him on the mainstage for a performance at The Litchfield Jazz Festival. He toured Canada later that year with his Quartet and New England and Southern States with his Trio. He appears often in Connecticut, at venues like Szechuan Tokyo in West Hartford, Firehouse 12 in New Haven and The Mezzanine and La Paloma in Hartford.